Lion Energy has an exciting portfolio of opportunities with an attractive mix of producing, appraisal and exploration projects.

A summary of Reserves and Prospective Resources (as at 10th September 2018) for Lion Energy are shown in the following table:: 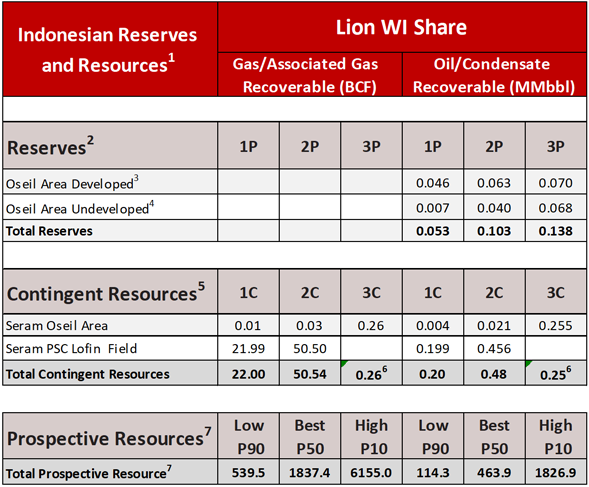 For a detailed table including breakdown by field and prospects please click the table above.