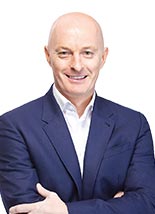 A graduate of Swinburne and Monash Universities, he initially worked as an accountant, starting his career at KPMG and Western Mining. Tom then moved to Potter Warburg (now UBS) in Melbourne as an energy and resources equity research analyst. He subsequently joined ANZ in Melbourne, before being posted to Jakarta and ultimately Singapore as director of corporate finance and merchant banking. As a Director at Indonesian-listed Energi Mega Persada (EMP) from 2003 to 2008, he was responsible for the acquisition of assets which added 525 MMboe to EMP’s 2P reserves – a key growth driver for the company.

Tom was instrumental in securing backing for Lion’s major shareholder, Risco, prior to its incorporation in 2010, as well as growing the company and its capabilities in his role of Chief Executive Officer. Under Tom’s leadership, Risco has participated in and funded over US$400m in successful transactions since 2010. He led the significant valuation creation, and subsequent monetisation, of Risco’s first South East Asian oil and gas conventional and unconventional portfolio in 2013. 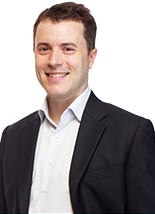 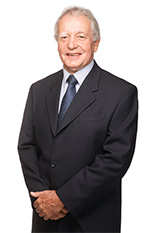 Russell has over 40 years’ experience in the upstream oil and gas industry, ranging from public listed oil & gas companies to the service industry – both onshore and offshore.

Prior to Lion Energy, Russell was Managing Director of Oilserv Australia, an oil field service company which he founded in 1982. The company became a dominant service contractor in Australia providing contract field operations, testing and wire-line services, facility design and construction, drilling and work-over services.

In the public company arena, Russell has demonstrated capability in capacity as CEO to secure and develop producing assets in both Indonesia and the state and federal shallow waters of the US Gulf Coast, often via industry counter-cyclical transactions, to transform companies from zero revenue to positive cash flow and profitability, with successful outcomes. As chief executive officer of Entek Energy Limited, he was an early mover in identifying shale opportunities in the US with the farm-in to approximately 60,000 acres in the Niobrara shale play in the states of Colorado and Wyoming in August 2009. 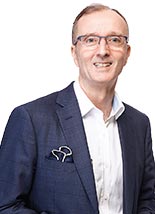 A 1978 Geology graduate from Durham University, England, Chris also holds a Grad Dip in Applied Finance and Investment from the Securities Institute of Australia (SIA). He has spent more than 25 years in South East Asia in various industry capacities including Managing Director of Fletcher Challenge in Brunei, a stint as Managing Director of Shell Deepwater Borneo, President of Santos – Indonesia and CEO of Jakarta-listed oil and gas company, EMP. Along with Mr Soulsby, he was a co-founder director of Risco Energy in July 2010.

Chris was an active Director of the Indonesian Petroleum Association (IPA) between 2003 to 2008, including serving as President from 2004 to 2007. He remains an advisor to the IPA Board and is also the oil and gas advisor to the Jakarta based Castle Asia Group. 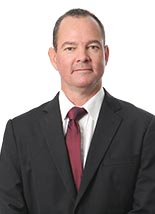 Zane is a principal and joint founder of corporate advisory firm SmallCap Corporate which specialises in corporate advice and compliance administration to public companies. He is also a member of Chartered Secretaries Australia.

Zane provides the board with a wealth of knowledge obtained from his diverse financial and corporate experience in previous appointments. 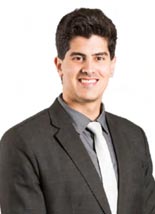 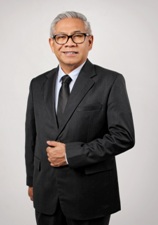 Amrullah has over 30 years experience in the oil and gas industry. His background encompasses extensive operations, technology and business development experience in both onshore and offshore operations.

Amrullah has over 30 years experience in the oil and gas industry. His background encompasses extensive operations, technology and business development experience in both onshore and offshore operations.

Amrullah worked with international service company Halliburton Energy Services for over 25 years. He has undertaken a number of international assignments including USA, Abu Dhabi and Dubai United Arab Emirates.